With the festive season fast approaching, it’s time to start planning your Christmas celebrations. Last year the pandemic forced many businesses to cancel their Christmas parties, and so this year many will be wanting to make up for lost time and celebrate with their colleagues. However, as businesses start to feel the pinch of the cost-of-living crisis, it’s important to make every penny count.

Walford-Fitzgerald said: “Many employers reward their staff with a Christmas party at the end of the year. The tax exemption applies to each tax year, so employers can actually put on both a summer party and a Christmas event, and the employees will enjoy some tax-free fun, as long as the total cost for both is less than £150 per head. Don’t forget even if you spend a penny over the limit, the full amount spent on that party becomes liable to income tax and National Insurance.”

Five ways to benefit include: 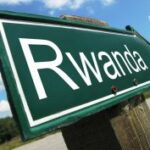 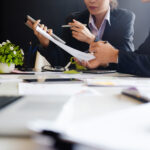 For the event to be tax-exempt, it needs to be open to all employees in one location. For example, if your company has offices in London and Birmingham, you could receive the exemption on a party for all London-based employees, as long as they are all invited. Larger employers can have separate parties for different departments, but everyone at a location must get an invitation to something.

You will not have to report anything to HMRC if the function costs less than £150 per person actually there. This is inclusive of all guests and does not just account for employees, so be sure to keep a track of plus ones.

The cost per head is all-inclusive so it doesn’t just cover the sherry and mince pies – transport, overnight accommodation and all food and drink costs should be included in this figure. Remember, if you go over the £150 per head limit, you will be taxed on the whole cost, not just the excess amount, so be vigilant and keep track of every penny and try to keep in budget.

It is possible to get an exemption across multiple events throughout the year, as long as they total less than £150 per head. For example, if your summer BBQ cost £70 per head and your Christmas party cost £80 per head, you would be able to claim a tax exemption for both. The party has to be an annual event though – special celebrations such as a notable anniversary won’t qualify.

We’re sure that no Chancellor would appreciate being compared to Scrooge, but the £150 limit has been the same since 2003 – back when the average pint of lager cost less than £2.30! If you do get carried away with the festivities and end up spending over the £150 per head cap, the cost attributed to each member of staff (and their plus ones) for the ‘guilty party’ will have to be included on their P11D forms. This would result in them having to pay tax on the expense as if it were an employee benefit. In order to avoid this, you can get in touch with HMRC to arrange a PAYE Settlement Agreement so the tax and national insurance can be covered by the business, rather than the employees.

It is possible to give employees gifts tax-free, as long as the cost doesn’t exceed £50 (including VAT) and the gift isn’t cash or a voucher. Provided that the £50 cap is observed, this could include another meal or drinks event and it still won’t count towards the £150 limit.

Walford-Fitzgerald added: “By adhering strictly to HMRC’S parameters, it is possible to have a tax-free Christmas party and save your business money at the same time. If you are unclear, we would always recommend seeking professional advice or contacting HMRC to find out what is included”.

For more on the festive season