Guns don’t kill people; payment companies kill people. A firestorm has erupted in Washington D.C. after lawmakers made that claim and accused fintech firms of facilitating the purchases of firearms used in mass shootings, urging them to restrict the services provided to weapon retailers and gunmakers.

They argued that the lack of oversight has enabled murderers to max out their credit cards to buy horrifying arsenals then used to slaughter innocent victims. At the same time, they urged buy-now-pay-later (BNPL) companies to stop giving gunmakers access to their instalment services. Liberal lawmakers demand change and they want it now.

“I believe it’s the right time to do what is right,” New York senator Zellnor Myrie tells Verdict. 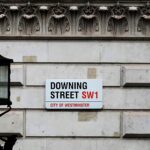 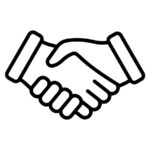 The letters backed an application made by Amalgamated Bank to introduce a new merchant category code (MCC) for gun and ammunition outlets. An MCC is a four-digit code that classifies merchants by the nature of their business. Hair salons and movie theatres have their own codes, for instance. The lender had said the new code was necessary to identify credit risk.

The two letters echoed that sentiment. They argued that it would enable law enforcement agencies to counter the financing of terrorism efforts and make it easier for financial institutions to monitor certain types of suspicious activities. This included straw purchases and “unlawful bulk purchases that could be used in the commission of domestic terrorist acts or gun trafficking schemes.”

They backed up their argument by stating that there have been more than 1,500 gun deaths since 2009 and that “shooters in some of the worst mass shootings in recent memory used credit cards to finance the arsenals with which they perpetrated mass violence.”

For instance, the Aurora movie theatre killer had clocked up $11,000 worth of guns, ammunition and body armour with a Mastercard. Similarly, the gunman who slaughtered 60 people on the Las Vegas strip had used credit cards to buy almost $100,000 worth of guns and ammunition in the year before the attack.

In addition, the Pulse nightclub killer had searched online to find out whether or not unusual spending would be detected by law enforcement. After being reassured that he had nothing to worry about, he completed his arsenal before butchering 49 people and wounding 53 other victims.

The fintech initiatives are gun regulation by proxy

The National Rifle Association (NRA), the National Shooting Sports Foundation and a smattering of Republican talking heads rejected the initiative. They argued that a new MCC would impede law-abiding citizens’ constitutional right to bear arms.

Myrie doesn’t have much time for that argument. He argues that the Second Amendment can only be infringed through litigation by the government.

“We’re not suggesting any government action,” the senator tells Verdict. “This is a wholly private sector-controlled generation of MCC codes. So that would not infringe on their Second Amendment rights at all because it is a decision made wholly within the private sector.”

It is basically the same argument put forward by social media companies like Twitter and Meta when they ban controversial far-right voices – like former Us President Donald Trump and InfoWars’ Alex Jones – from their platforms.

“When people talk about free speech, that’s not freedom to say anything that’s freedom from the government, disallowing you from speaking,” Myrie says.

Credit card companies have opposed the new MCC. Visa chairman and CEO Alfred Kelly said the company is “guided by the federal laws in a country, and our job is to create and to facilitate fair and secure commerce.

Mastercard, American Express and Visa did not respond to Verdict’s requests for comment on this story.

However, things changed on September 9 when the International Organization for Standardization, or ISO, approved Amalgamated Bank’s proposal and voted to create a special code for firearms sales. ISO sets the standard for business transactions.

“This approval is an important step towards improving coordination with law enforcement and preventing gun violence,” Senator Elizabeth Warren, Democrat of Massachusetts, one of the lawmakers who have been vocal on the issue, told The New York Times. “In order for this new merchant code to be maximally effective, every financial institution and payment system needs to step up and put it to use.”

Begrudgingly, Visa, Mastercard and American Express accepted the vote and are working on introducing the new MCC.

The gun lobby is not happy about the decision. Republicans have already fired off the first salvo to overturn the decision, arguing that the decision runs counter to their constitutional rights to bear arms.

“This prompts serious constitutional concerns, and sets a troubling precedent wherein gun owners can be impeded in their free exercise of constitutional rights through fear of reprisal, or even the threat of their privacy being invaded,” Republican West Virginia senator Shelley Moore Capito wrote in an open letter, urging credit card companies to not introduce the new MCC.

The NRA unsurprisingly dismissed the ISO vote as the workings of “gun control activists teamed with international bureaucrats”. The advocacy group alluded that ISO members from China, Russia and France had influenced the decision. The NRA also rejected Amalgamated Bank as a “left-wing political project”. The organisation labelled the new MCC as a step towards “surveillance and registration of law-abiding gun owners” and warned that it could result in “political abuse”.

While the fight over what role credit card companies play when it comes to gun control is set to continue, a similar fight is also brewing in the BNPL space.

In May this year, the would-be Uvalde killer bought an AR-style assault riffle from gunmaker Daniel Defense. The company is one of the growing number of firearms dealers that give customers the option of paying off the purchase in instalments via a so-called BNPL service. Another company, the GrabAGun.com website, markets the option as “shoot now pay later.”

Eight days after making his purchase, the killer shot his grandmother in the face. He then made his way down to Robb Elementary School in Uvalde, Texas, where he slaughtered 19 students and two teachers and injured 17 others. The school shooter was later gunned down by law enforcement. The massacre was the third deadliest school shooting in the US on record.

Following the killing spree, events unfolded much like they have over the past few decades when similar tragedies have struck the States. First came the public outpouring of support, the sharing of “thoughts and prayers”, then the outrage and the calls for tougher gun control.

“Enough,” US President Joe Biden said in the days after the attack, describing how the shooter had turned the school into a “killing field”.

The parents of the victims have urged Republican Senator Ted Cruz to back tougher gun control, to no avail.

Second-amendment lobbyists rejected the notion that guns had anything to do with the violence. As per usual, they objected, saying that as long as crime runs rampant, the good guys must arm themselves with guns to protect themselves against the bad guys with guns.

That could’ve been it. Despite American voters consistently ranking gun violence and crime as one of the most important issues the nation must tackle – only the economy ranked higher in a recent Ipsos survey – introducing tougher gun laws has been an uphill battle with few results.

However, the lawmakers pushing for fintech firms to help with gun control are optimistic that their push will help.

The timing of these initiatives is significant. Social distancing restrictions and lockdowns saw more people turn to online shopping, meaning the demand for new ways to make those purchases jumped.

At the same time, more people turned to alternative methods to finance those purchases, such as BNPL companies. Firearm dealers recorded record gun sales during the coronavirus crisis.

It is against this background that lawmakers are urging fintech firms to restrict the BNPL services provided to gun companies.

The BNPL push started on August, 18 when members of Congress wrote to the CEO of Credova. They expressed their concerns about how fintech provides its services to gun dealers like Daniel Defense.

“While other major BNPL providers explicitly prohibit firearm purchases, Credova has apparently sought to partner with gun merchants to aggressively advertise its BNPL product as a payment option for gun purchases, increasing the apparent affordability of firearms to consumers,” the authors wrote, noting that the company had partnered with 70 gun merchants.

Credova and Daniel Defense did not respond to Verdict‘s requests for comment.

Fellow BNPL company Sezzle, which provides instalment services to firearms companies, says it would be uncomfortable if it had to regulate what people could purchase.

“Sezzle follows the laws set out by state legislatures and the federal government,” a Sezzle spokesperson said. “We do not decide what people are allowed to purchase. The reality is that if payment processors start to get into the mode of being legislators it’s a very slippery slope. Companies shouldn’t be determining what’s right or wrong in terms of people’s purchases, legislation should.”

Affirm, Klarna, PayPal and Block-owned Afterpay are among the BNPL providers that don’t provide their services to firearms companies.

UK newcomer Zilch, which recently expanded to the States, is among the fintech firms electing not to work with gun dealerships or firearms companies.

“We take our lending responsibility seriously,” a Zilch spokesperson told Verdict. “This is why we have made it clear in our public terms and conditions that customers cannot use their Zilch card for purchases of weapons. In the same way, we don’t allow purchases of adult products, gaming and money transfers.”

The BNPL space is expected to be worth $166bn by 2023, according to GlobalData’s thematic research. Looking further ahead, it could even reach a valuation of $3.98tn by 2030, according to Allied Market Research. In other words: it’s time to start taking BNPL businesses more seriously.

That is one massive pie. Unsurprisingly, several other financial service providers have opened BNPL-like services to get a slice of that pie. However, they seem uninterested in providing their services to gunmakers.

“PayPal’s long-standing policy is not to permit our services to be used for transactions involving ammunition and firearms. PayPal swiftly closes accounts that are found to violate this policy,” a PayPal spokesperson tells Verdict.

The anti-gun lobby has clearly won a huge victory by getting credit card companies to accept the new MCC. Time will tell whether or not the BNPL push will yield similar results. After all, the fight over gun violence has raged for decades with very little change.

Nevertheless, there are admittedly signs of a change in the zeitgeist. Last month, InfoWars radio host and renowned conspiracist Alex Jones lost the first in a string of defamation trials over his lies about the parents of the victims of the Sandy Hook elementary school shooting.

Public opinion is also changing. The Pew Research Center’s April 2021 survey found that 85% of Republicans and 90% of Democrats support restricting access to guns for people suffering from mental illness. Similarly, majorities within both parties were for subjecting private gun sales and gun show sales to background checks.

So the timing to push for fintech firms to help with gun control could be right.

“I believe deeply that anyone that is in a position to help end the scourge should do so,” Myrie says. “And if they aren’t in a direct position to affect the gun violence, that they should be utilising every tool in their toolbox to do it.”

GlobalData is the parent company of Verdict and its sister publications.