Last month, City of London accountancy firm Lubbock Fine announced that it had become a net-zero practice. Joe Pickard speaks to COO Robert Morley about the firm’s journey and its advice for others thinking about making a similar transition

Partnering with Skoot, a platform that helps businesses achieve their goal of becoming net-zero with tools to calculate, identify and offset their carbon emissions, Lubbock Fine has reached its goal.

The business takes its environmental, social and governance responsibilities seriously, and the firm decided that achieving carbon neutrality was a vital step in combating climate change.

Many of the world’s challenges, from food poverty to wildlife extinction, are made worse by climate change, and Lubbock Fine  hopes that its transition will inspire others in the sector to follow suit. 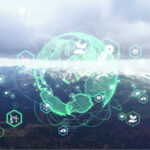 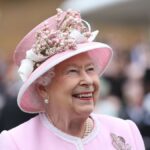 Analysis
Opinion: The UK has lost more than a monarch with the passing of Queen Elizabeth II 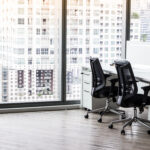 Analysis
Money will not fix the talent crisis, but cultural change can 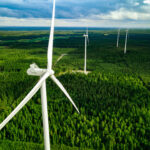 Chief operating officer (COO) Robert Morley says: “We are extremely proud to have achieved carbon neutral status. Intrinsic to Lubbock Fine’s governance model is the imperative to make a positive impact on the environment and society.

“The partners and I are delighted by the way our teams across the firm have got behind our broad ESG agenda and today marks an important milestone, one that will hopefully inspire others to follow in our footsteps. As they say, there is after all no Planet B”.

The Accountant: When was the decision made to go carbon neutral?

Robert Morley: The ICAEW had started strongly promoting climate awareness in the sector last year, and it had been something we were considering under our ESG responsibilities for a while.

Eventually, at the start of 2022, we decided to investigate options for achieving carbon neutrality, firstly to see if it was even viable, and then how best to achieve it.

TA: Can you explain the planning process?

RM: The first step was to try to accurately calculate our carbon footprint arising from normal business operations.

We looked at different methods available and online calculators like the Carbon Trust and Quantis, to understand the scale of the challenge. We then investigated the different routes to achieving carbon neutrality, including direct air capture (carbon dioxide removal) solutions and carbon offset initiatives.

TA: What led the decision to partner with Skoot?

RM: We had already been in talks with Skoot about a possible app that would allow our staff to offer ride shares and offset their carbon footprint from car journeys.

However, the vast majority of our staff use the London Underground to travel so we concluded that as a city firm we could not adequately leverage the advantages of that app approach. Our conversations with Skoot naturally evolved into a whole firm carbon offset solution.

TA: How did you get the entire firm on board with the plans?

RM: We’ve been running ESG initiatives for a few years now. On the environmental side, we’ve been increasing our focus on using suppliers that are ecologically and environmentally aware.

Our staff focus has been on social mobility initiatives including Rise, Inspo and this year the Doorstep Library. Carbon neutrality seemed to be the next logical step in our natural progression.

TA: What difficulties did you face in the journey to becoming carbon neutral?

RM: The difficulty was in starting from a position of very little knowledge.

First we had to work out our carbon footprint. From there, starting with a blank sheet of paper and not knowing what was available out there to help, we had to discover and then evaluate the different pathways to ensure that we arrived at a solution that was both environmentally sound and commercially viable.

TA: What advice would you give to similar businesses looking to go carbon neutral?

RM: My advice would be to keep things simple as the whole subject of climate change and carbon emissions can become quite complex.

Rather than hunting around for the different components of a carbon neutral solution, find a partner like Skoot who offers a one-stop-shop solution. As an analogy, while you could organise a wedding yourself, a wedding planner can make life a lot easier.

TA: Now you have achieved carbon neutrality, how do you plan to maintain it?

RM: Maintaining carbon neutrality should be straightforward as we will simply continue each year with our carbon offset investments. However, our longer-term goal is to move from carbon neutral to carbon negative.

In 2023 we will start to think about how best to achieve that, and look for more ways to further reduce our operational carbon footprint.